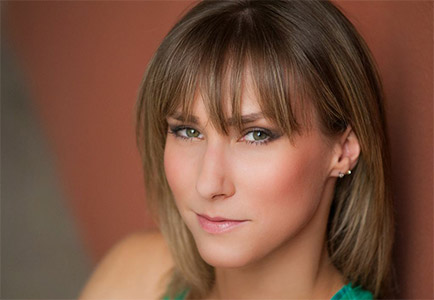 CAROLINE KEHOE began her dance training in New Jersey at American Repertory Ballet’s Princeton Ballet School at the age of 9. At PBS, she had the privilege of learning from many accomplished teachers, including Douglas Martin and Mary Barton of the Joffrey Ballet, Kyra Nichols of New York City Ballet, and Maria Youskevitch of American Ballet Theater. Caroline soon developed a great love for ballet, and, by 13 years old, she began participating in summer programs at American Ballet Theater, Boston Ballet, NYU Tisch, Alvin Ailey, and Alonzo King’s LINES Ballet. She was invited to join Princeton Ballet School’s Professional Training Program and, later, the studio company, American Repertory Ballet Workshop. By the time Caroline graduated from high school, she had performed throughout the northeast for 7 years with American Repertory Ballet in The Nutcracker, in addition to Cinderella.

After graduating high school, she moved to New York City to attend the BFA Program at Ailey/Fordham, and received a degree in Dance in 2010. While at Ailey, she was hired to perform in Memoria with Alvin Ailey American Dance Theater at NY City Center for two seasons, including their 50th Anniversary celebration hosted by Oprah Winfrey. She also had the privilege of dancing roles in works by choreographers such as Lar Lubovitch, Jennifer Muller, Larry Keigwin, Ron K. Brown, and Pedro Ruiz.

After graduating from Ailey/Fordham, Caroline danced as a full-time company member with Jennifer Muller/The Works for four years. With JMTW, she performed in many of Ms. Muller’s iconic pieces, including Speeds, and has originated roles in various works, such as Grass, Whew!, Miserere Nobis, and Alchemy. In addition, Caroline has appeared dancing on PBS, for DKNY, and has modeled for dance photographers Richard Calmes & Eduardo Patino. She has been a freelance dancer for a wide array of well-known NYC-based companies and projects, and has performed in Broadway Bares 24: Rock Hard! and Broadway Bares 25: Top Bottoms of Burlesqu at the Hammerstein Ballroom, directed by Jerry Mitchell and Nick Kenkel. Most recently, she danced in the opening runway show for L’Oreal Matrix Destination, directed and choreographed by Abdur-Rahim Jackson.

Caroline would like to thank her family for their unconditional love and for always supporting her in her pursuit to follow her dreams.